Project Scorpio will have an internal PSU 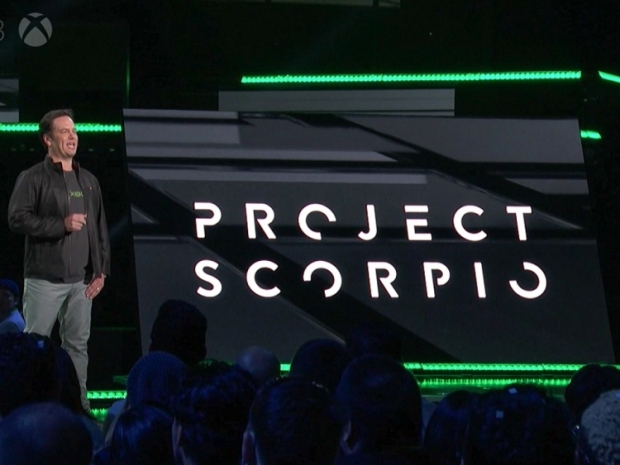 Will be a true 4K system

Software king of the world, Microsoft,  has decided that its upcoming "Project Scorpio" gaming console will feature an internal power supply unit (PSU), similar to the Xbox One S, and 4K game DVR and streaming at 60 frames-per-second (FPS).

It will feature HEVC and VP9 codecs for decoding 4K streams for things such Netflix, just like the Xbox One S. It will also use HEVC for encoding 2160p, 60 frame-per-second (FPS) video for Game DVR and streaming.

Apparently, Vole has been experimenting with its 4K tests on its Beam streaming service for some time.

Now the plan is to allow Project Scorpio's Game DVR to stream and record clips in 4K resolution with 60FPS.

This will be a huge step up from the 720p, 30FPS you get on the Xbox One. Vole appears to want native 4K for everything from games to console features. It now looks like Scorpio will sport 4K Game DVR, 4K Blu-ray playback, and 4K streaming apps with 4K games as the show stopper.

It is all starting to look rther interesting, and if Microsoft can keep the price reasonable could be a winner.

Last modified on 14 March 2017
Rate this item
(0 votes)
Tagged under
More in this category: « Nintendo denies Switch problems Google wants to save UK electricity with AI »
back to top