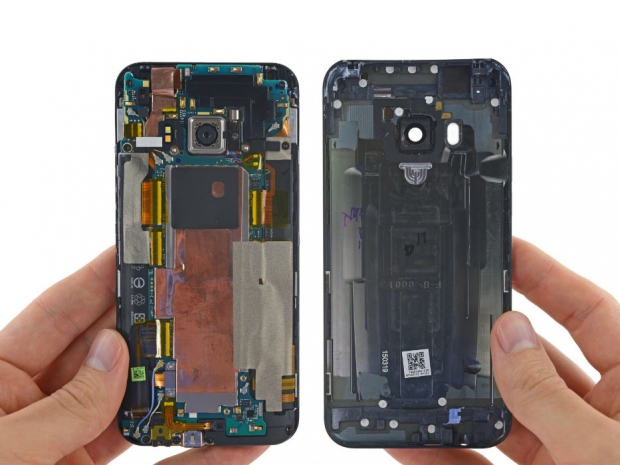 Still as difficult to fix as the One M8

HTC has one of the most expensive / luxurious looking Android phones on the market, and the fact that One flagships have a gorgeous all-metal body comes at a price.

The folks at the iFixit got an HTC One M9, and tried to gently tear it to down its basic components. As you can imagine, beside the screen, buttons, speakers and the battery, there are plenty of chips inside.

The Snapdragon 810 SoC comes with with 3GB of Samsung LPDDR4 memory in the same package. It is called "Samsung K3RG3G30MM-MGCH 3 GB LPDDR4 RAM + Qualcomm Snapdragon 810 octa-core CPU" and it is optically the biggest chip on the motherboard (red square). Samsung KLMBG4GEND-B031 32 GB eMMC NAND flash takes care of the storage on this model (orange square) while Broadcom BCM4356 2x2 802.11ac Wi-Fi solution with Bluetooth 4.1 support takes care of the wireless standards. The tiniest chip on the board is the Silicon Image SIL8620 MHL 3.0 transmitter. 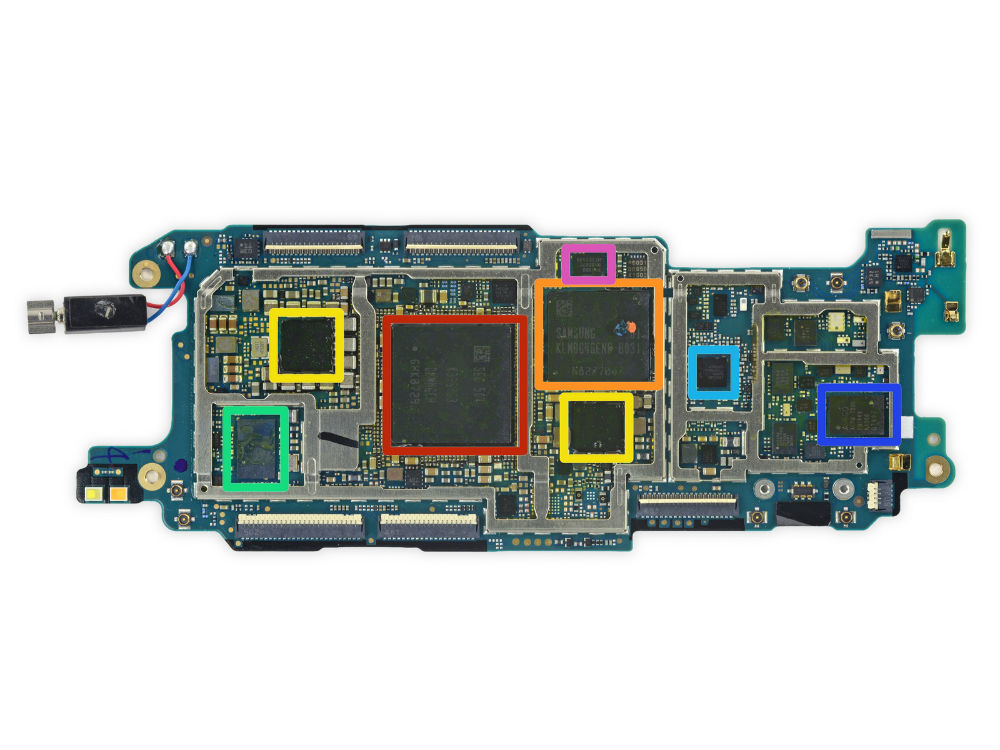 The motherboard is glued onto the battery which doesn't sound like a smartest idea, and in order to replace the battery you need to take apart the phone, unglue the battery and replace it, which sounds like much more effort than the same procedure on a Galaxy S6 or an iPhone 6.

Screen is still hard to replace

Synaptics is doing quite well winning a high profile devices such as HTC One M9 and the company seems to be the leader when it comes to touchscreen controllers and the technology that makes them tick.

Last modified on 06 April 2015
Rate this item
(3 votes)
Tagged under
More in this category: « OnePlus One gets custom Android OxygenOS 1.0 Asus has high hopes for China smartphone market »
back to top